In the past, unregulated hunting and poaching of Tajikistan's wildlife not only threatened species such as the argali, Tajik markhor, urial sheep, Asiatic ibex, and snow leopard, it also compromised local peoples ability to draw sustenance from the land. Local people recognised that these wildlife declines would not only deprive them of their own hunting opportunities but would also cause the loss of related income opportunities and cultural heritage.

Since 2008, with the support of wildlife conservation and development organizations conservancies - land that is owned and managed by families or associations of local village hunters - have been established. Revenues generated from guided hiking, game-viewing, wildlife photography, and hunting support the work of local rangers and nature guides, and any surpluses are invested in local development projects. This approach provides revenues to local families and motivates them to refrain from unsustainable practices and protects wildlife populations and the habitat they rely on.

Tajikistan is a mountainous, landlocked country in Central Asia. It is a beautiful country with impressive landscapes and friendly people, famous for their hospitality. Mountains cover more than 90% of the country. The country’s mountain ecosystems are home to some of the most remarkable wildlife of Asia, like snow leopard, argali, Tajik markhor, urial sheep, and Asiatic ibex. 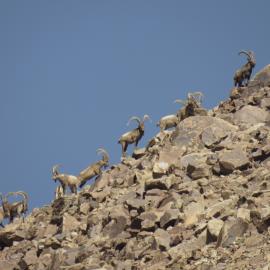 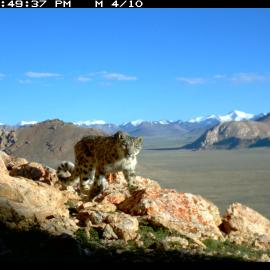 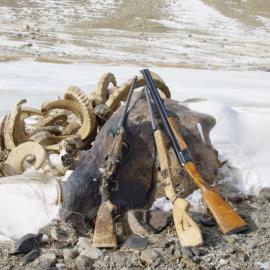 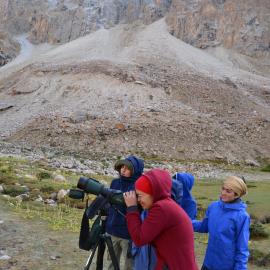 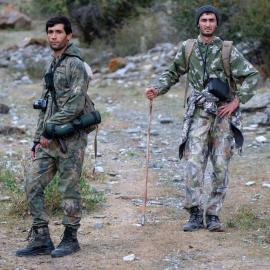 The people living in the remote areas of Tajikistan live an almost subsistence existence, relying almost exclusively upon livestock for food and income generation. Food was supplemented by illegal and unsustainable subsistence hunting of ungulates, as well as for sport - which was exacerbated by the availability of guns.

In-depth interviews with the traditional hunters of remote valleys revealed that major motives for unsustainable hunting mainly has root in lack of alternative income-generating and employment opportunities which made irresponsible hunting bloom and in some remote places even become livelihood approach. Large-scale household expenditure, such as wedding and funeral ceremony was always supplemented with wild meat. This long-lasting unsustainable hunting impacted negatively upon numerous wild species and threatened their viability.

For the snow leopard, livestock provide a source of food, and increasingly so as populations of its natural prey – wild goats, argali and other wild sheep, and ibex – are being depleted as habitat is lost to livestock that overgrazes the vegetation (leaving little for these wild mountain ungulates), from unsustainable hunting for meat by locals, and illegal trophy hunting. This problem was exacerbated by prohibiting hunting to local people, which disenfranchised them and made their compliance with laws minimal.

When a snow leopard kills livestock the results can be catastrophic for the herders whose entire livelihoods depend on their herd, and farmers may retaliate by killing snow leopards. It has been estimated that up to half of all snow leopard deaths are a consequence of human-wildlife conflict.

Outsiders are also involved, including poachers of snow leopard, argali and ibex.

Community-based wildlife management is a recent development in Tajikistan. In some areas, local traditional hunters increasingly realised that the declines of wildlife were a direct effect of unregulated and intensive hunting and that such declines would ultimately not only deprive them of their own hunting opportunities but also cause the loss of related income opportunities and cultural heritage.

Since 2008 wildlife management areas - or conservancies - that are protected by families or associations of local hunters have been established with the support of wildlife conservation and development organisations such as the Association of Nature Conservation Organizations of Tajikistan (ANCOT). Local ex-hunters help to prevent community members and outsiders from poaching. With wildlife numbers on the rise legal and regulated trophy hunting, and other revenue-generating activities such as guided hiking, game-viewing, wildlife photography, was introduced.

Revenues generated from these enterprises support the work of local rangers and nature guides, and any surpluses are invested in local development projects. This approach provides revenues to local families and motivates them to refrain from poaching and to protect wildlife populations and the habitats they rely on.

ANCOT has the following goals:

ANCOT and its partners address the conservation of the entire ecosystem and its biodiversity, including carnivores like the snow leopard, and the development of the local community in a way that is sustainable and does not harm their environment and wildlife. The initiative specifically seeks to address the motivation for communities’ involvement with poaching and the IWT. The central tenet of the project is that without community support and engagement, the poaching problem will not be resolved. Sustainable and well-regulated hunting is an important part of the conservation approach of ANCOT and its members. Sports hunting by international hunters can provide the necessary financial means to fund wildlife conservation in the conservancy areas and motivate local communities through investments in community development. The hunting offers marketed by ANCOT on behalf of its members are in accordance with the principles of conservation hunting, in particular through quota setting and selection of animals for harvest in a way that minimises the impact on population numbers, demographic structure, and genetics.

The initiative involves entire villages and also some specific members, including ex-poachers and women.

Support from NGO Panthera: Building of predator-proof (snow leopard) livestock corrals to eliminate household food insecurity and economic vulnerability from carnivore attacks on livestock (one sheep is worth around £64 = 5 months of cash income).

12 communal corrals have been built that protects about 8,000 sheep/goats and 16 households from 10 villages.

Villages waiting for corral construction have been provided with 20 fox-lights (solar-powered, light sensor devices that produce light at random intervals to emulate a moving person carrying a flashlight/torch) which deters leopards and other wildlife.

Poaching and IWT have decreased and communities are benefiting from the implementation of the initiative. As a consequence, populations of wildlife have recovered (or are recovering), and the livelihoods of local communities have improved.

Today, community-based conservancies cover almost 300,000 ha of wildlife habitat, which is protected by community rangers, inhabited by healthy and growing populations of mountain ungulates and other wildlife, and provides excellent opportunities for observation of animals and for responsible and sustainable hunting tourism. In summary, some of the positive outcomes include:

- Around 300 jobs in Tajikistan have been created.

- Traditional poachers now have effective economic incentives not to poach, have changed their 'poaching mentality' and are now genuine protectors of wildlife. Trophy hunting of wild ungulates and nature tourism generally has proven to be a powerful incentive for local communities to conserve the snow leopard and their prey.

Project is sustainable and not dependent on external support.

Supportive national policy/legislation on sustainable use of natural resources

The Committee on Environmental Protection under the Government of the Republic of Tajikistan (CEPRT) ensures hunting permits are issued correctly and that conservancy hunting grounds are assigned at the appropriate level.

We have been working in Tajikistan since 2008 - fostering in-depth, lasting relationships based on trust and transparency with local communities is the reason we are able to do the work that we do.

Communities have clear and tangible benefits - including financial and non-financial gains.

To develop sustainable CBWM need sometimes up to 15 years; it is very difficult to secure long-term support with these time frames.

Most multi-stakeholders not interested in developing a true CBWM, only papers and powerpoints, but to persist through all the challenges does not interest them much, especially international NGOs.

Lack of clearly defined tenure of resource rights refers to elite-capture (this is outsiders, non-community groups).

Overview of the first ever community-based Argali hunting in Asia. 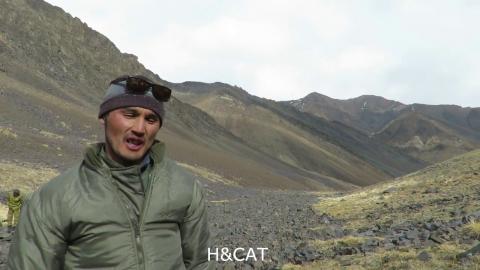 Visual portrayal of the wildlife and landscape of the Tajikistan conservancies where trophy hunting has facilitated the recovery of wildlife populations and provided income and other benefits to local communities. 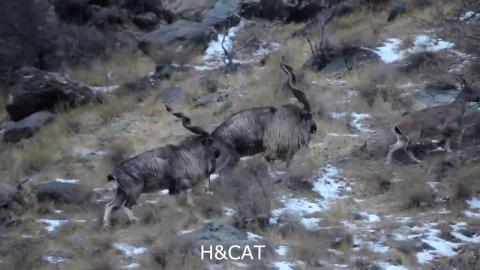 Survey of markhor in Tajikistan 2017 - Results and management recommendations

Tajikistan and its local communities are key players in the ongoing process of conserving the markhor, and the growing population size in these areas has substantially contributed to the positive global trend reflected in the improved IUCN Red List status. As a result, the Tajik community-based conservancies, which play an important role in the recovery of the markhor, are mentioned as an exemplary case study in "Informing decisions on trophy hunting – A Briefing Paper for European Union Decision-makers regarding potential plans for restriction of imports of hunting trophies" (IUCN 2016).

Snow Leopard poaching and trafficking is revisited 13 years after TRAFFIC's 2003 report on this subject, Fading Footprints: The Killing and Trade of Snow Leopards. This report summarizes range-wide research on snow leopard crime covering the period from 2003-2016 and addresses major information gaps concerning the linkage between retaliatory killing for livestock depredation and the commercial trade in snow leopard parts. (55 page Technical Report)