In 1986, in partnership with the Department of National Parks and Wildlife, the Frankfurt Zoological Society initiated a programme in one of Zambia’s unique wilderness areas. Thirty years later this initiative has effectively reduced poaching and brought wildlife back from the brink of local extinction - including the critically endangered black rhino. The programme supports the overall management of the North Luangwa ecosystem: law enforcement and anti-poaching, park operations and infrastructure development, ranger training, management planning, and engaging communities through technical and financial support to their community resource boards and youth through its conservation education programme.

North Luangwa National Park covers 4,500km2 in northern Zambia. It lies in Africa’s Great Rift Valley ecosystem, on the western bank of the Luangwa River. There is a wide range of species diversity within the park, including Zambia’s elephant stronghold, the world’s largest concentration of hippos, Zambia’s only black rhino population and one of the highest lion densities in the region. The park and adjacent Game Management Areas (GMA) cover roughly 22,000 km2. 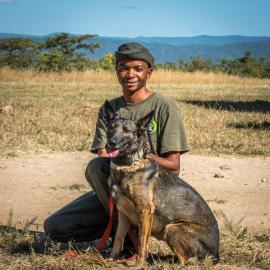 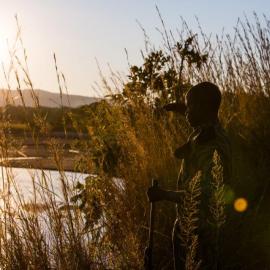 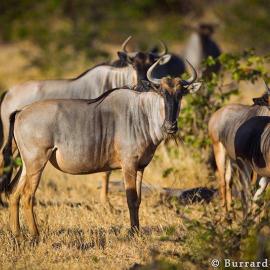 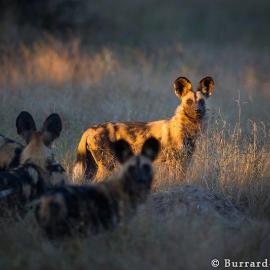 In the 1970-80s, poaching reached unprecedented levels, the elephant population was decimated and the entire black rhino population was poached to national extinction.

Poaching continues today and although it may be carried out by local people, it is driven by commercial criminal gangs operating in the area with regional and international connections. These cartels focus on various natural resources ranging from timber to minerals to wildlife products.

Founded in 1986, the NLCP was initiated with the aim of conserving wildlife and ecosystems. FZS took over the project in the mid-1990s and continues to work with the DNPW to this day.

The programme aims to provide assistance to communities to live within the limits of the ecosystem, creating an attractive investment culture based on revenue retention and devolved decision-making.

In 2003, black rhinos were reintroduced to the park, with the goal of re-establishing a viable, breeding population of this critically endangered species. This created jobs for wildlife rangers and other programme staff. In 2014, the Rhino and Elephant Protection Unit (REPU) was established to support the existing protection strategy by patrolling core areas and monitoring the black rhino population. To help combat poaching, NLCP has also invested in training and deployed an intelligence and investigations unit.

In 2015, a new strategy was adopted to upscale anti-poaching efforts in the development of the North Luangwa Canine Unit (NLCU). FZS entered into an agreement with Working Dogs for Conservation, who train rescue dogs in wildlife product detection, before traveling with them to Zambia to train and mentor human handlers. The NLCU has four dogs, able to detect ivory, rhino horn, firearms, and bush meat, amongst other products, and they play an important role in preventing wildlife crime.

Recently, the U.S. Agency for International Development (USAID) funded the NLCP to work with communities in the wider North Luangwa ecosystem. The goal is to strengthen their ability to participate in, and benefit from, wildlife conservation. The project aims to build the capacity of community institutions for sustainable natural resource management and governance in order to engage communities with conservation enterprise opportunities, particularly tourism.

The project supports conservation enterprise investment, ensuring fairness for all parties and will include tourism, land-use and business management plans developed with the communities. FZS will also continue to facilitate community conservation banks and support small scale village saving and loan schemes, in order to help build resilience and drive socio-economic development.

The NLCP has established an all-female canine handling unit to support women's participation in conservation activities.

A community enforcement network is supported informer and payments made for information on illegal wildlife activity.

One aspect of the programme is to facilitate enterprise development in tourism via capacity building. Although in its infancy in NL ecosystem, is it hoped that tourism will create employment for communities, as well as generate revenue through trophy hunting and photography concessions.

Diversification of livelihood options. For example, communities have received training and mentoring to build their capacity to establish village-level microfinance through community banks, as well as small scale village savings and loans schemes. These enable communities to engage in conservation compatible business enterprises.

Viable alternative livelihood options are also provided to local people, with the aim of changing social norms and acceptability. For example, when engaging with communities in natural resource management, interventions and opportunities on offer are linked to a commitment to reducing unsustainable resource use.

In 2003, coinciding with the arrival of the first black rhinos, the Lolesha Luangwa conservation education programme was launched. The overall aim is to create a sense of ownership and responsibility for conservation, using black rhinos as the focal species for engaging and educating children.

The NLCP partnership has delivered the most secure park in Zambia, with successful reintroductions of black rhino, a strong management plan, a well-maintained road network, and a growing tourism industry.

The support of FZS in NLNP over the last 30 years has successfully reduced poaching and reintroduced black rhinos to Zambia. Aerial surveys suggest that the elephant population is increasing, however, the threat of poaching is a constant and growing threat and remains a problem in the park.

Responses from the community conservation theatre tour were positive and encouraging, with people saying, “they will never poach again as they have seen through the play how tough it becomes for someone caught poaching."

In 2018 NLNP recorded zero poached elephants for the first time in over a decade and elephant poaching reduced by over 50% in the GMAs.

The programme strives for long-term success by reaching out to the local communities, knowing overall success hinges on their engagement. Involving the communities in management decisions is key to generating pride, social capital, and socio-economic benefits in these communities and to improving conservation outcomes.

Generally, the success of the programme is the strength of the NLCP partnership with DNPW and in the trust that is held between all stakeholders. There is constant support to build new relationships based on joint visions with accountability at all levels. Strong leadership from both FZS and DNPW wardens and rangers have been instrumental to effective ongoing operations and management.

Constantly evolving strategies for law enforcement concurrent with striving for community ownership and benefits need to remain linked and delivering.

Poaching continues and more needs to be done to enable the communities to benefit from wildlife - and this needs to be recognised at the government level. We recommend breaking up the current GMAs concessions into mixed-use village level concessions, as with community ownership there will be the potential to encourage investors and commercial development.

True devolved governance, decision making, and revenue sharing is key to any sustainable success for the North Luangwa ecosystem.

Due to the remoteness and seasonal restrictions of access leading to high input costs, tourism development is limited and primarily aimed at the upper-income bracket, with less than 500 visitors per annum. 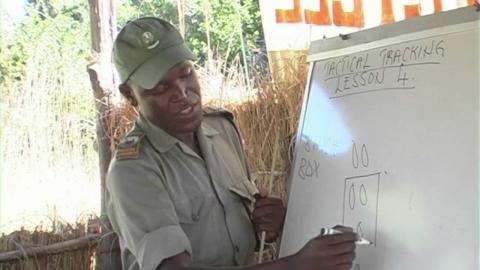 The U.S. Agency for International Development (USAID) is funding NLCP to work with communities in the wider North Luangwa ecosystem to strengthen their participation in, and benefits from, wildlife conservation. The project is working to build capacity of community institutions for natural resource management and good governance and for their engagement in conservation enterprise opportunities, particularly tourism.