Uncontrolled and unregulated trade in yellow anaconda skins led to declines in numbers of the species in Argentina. In 2001 a new regulatory and administrative framework was drawn up that focussed on an approach based on sustainable development. This provided a promising basis for truly fair management of the species and has led to a massive reduction in poaching and a new conservation ethic amongst local communities.

The Formosa Provincial Ministry of Production and the Environment & Fundación Biodiversidad

The Bañado La Estrella public-access Nature Reserve in Formosa province. The project involves Creole communities as well as members of the Pilaga and Qom indigenous people living on the edges of the wetlands in the west of the province.

The skin of the yellow anaconda 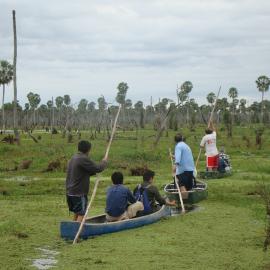 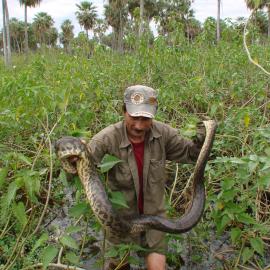 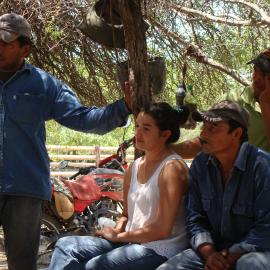 From the mid-1940s to the late 1980s, between 10,000 and 60,000 yellow anaconda skins were exported from Argentina every year primarily to the United States and Europe. The species was usually hunted by local people, who sold the skins very cheaply to estate owners or unofficial dealers. There were no restrictions on the size of snakes hunted, no official hunting season and no regulations aimed at organising or monitoring the hunting of the yellow anaconda.

Finally, in 1986 the national government prohibited the hunting, inter-provincial traffic and trade of yellow anacondas within Argentina, leading to a decline in poaching. Since 2001 the species has been managed by a national and regional conservation and sustainable use plan.

In 2001 a preliminary pre-feasibility study was carried out in Formosa province with a view to assessing the status of yellow anaconda populations and the traditional methods of stewardship practised by local communities. A project proposal subsequently led to the development of the "Programme for the Conservation and Sustainable Use of the Yellow Anaconda in Argentina".

At the same time, the Argentine national government passed regulation providing funding for research into, and management of wildlife species. They also regulated the involvement of the private sector in programmes of this kind. With this support, an Experimental Pilot Programme (EPP) was established with the following aims: to carry out an in-depth study of the reproductive biology and natural history of the yellow anaconda, to establish experimental management rules and control criteria, and to examine ecological and economic aspects of resource exploitation, whilst at all times taking into account the traditional approach adopted by the local community.

Following the completion of the EPP, an exploitation programme was officially launched. The aim was to organise, regulate and facilitate the commercial exploitation of the yellow anaconda, offering major economic incentives, clear management rules, the commitment of the authorities and a central focus on the socioeconomic development of local communities.

Today, Formosa province is the only administrative territory in Argentina where yellow anaconda hunting is legal and regulated. Local populations who were previously involved in an illegal and unregulated activity with few economic incentives now play an active role in conservation. Over 300 families, throughout the Bañado La Estrella Nature Reserve, are now obtaining improved, legal incomes. At the same time, the programme is contributing to the conservation of the environment and of other wetland species.

From the onset, local communities have been encouraged to work alongside Fundación Biodiversidad researchers and staff to directly provide information about the species and their traditional stewardship techniques. Prior to the start of each hunting season, meetings are held with hunter groups, who are encouraged to voice their views and make suggestions. Similarly, at the end of each hunting season, every hunter is asked to take part in a survey, in order to record their opinion on the implementation of the programme. The purpose of these meetings is to strengthen community ownership and stewardship.

The programme has indirectly enabled the implementation of other parallel projects linked to ecotourism, environmental education and the exploitation of natural resources. A number of NGOs, as well as companies involved with tourism and nature photography, have worked jointly with Fundación Biodiversidad in the area, contributing directly or indirectly to a range of activities.

A programme for sustainable use has prompted the development of parallel activities linked to the conservation of the environment and of species living in the Bañado reserve.

Many local people have specialised in ecotourism, becoming nature guides, and running excursions on canoe, horseback or on foot around the wetlands and the surrounding forest.

Some hunters have trained as para-biologists, and are actively involved in the biological monitoring and research carried out in the reserve.

Over the years, talks and lectures have sought to strengthen the sense of community ownership and stewardship of the anaconda. They aim to help local people to understand that decisions regarding the anaconda's exploitation depend on them.

Workshops and environmental education programmes in schools aim to enhance children’s awareness of their community’s natural resources, and to improve their knowledge of those resources.

The project has raised local awareness of the issues of conservation, illegal trafficking and sustainable exploitation. This enhanced awareness has spread to other species traditionally exploited in the Bañado reserve (e.g. duck, capybara, caiman, dusky-legged guan), which are now used for purposes other than direct hunting (e.g. bird watching, recreational fishing).

Poaching of this species has declined drastically and now virtually ceases to exist in Argentina. Local people receive clearly-regulated economic incentives that reflect the effort involved in hunting. The hunting season coincides with a period of the year in which little other temporary employment is available for local people.

Strict controls by the provincial authorities have turned poaching into a high-risk activity, while local dealers have discouraged fraud. The value of anaconda skins in the legal supply chain is several times higher than in the former illegal chain, meaning hunters prefer to market their skins through the programme. An additional advantage is that hunters now need fewer skins to meet their economic needs, exerting less pressure on the species.

The programme has raised local awareness of the issues of conservation, illegal trafficking and sustainable exploitation. As a result, local people have taken ownership of the programme and now realise that sustainable exploitation of resources also ensures the protection of other species sharing the same ecosystem. This enhanced awareness has spread to other species traditionally exploited in the Bañado reserve.

The yellow anaconda remains common throughout its range, indicating that the hunting season is ecologically and biologically appropriate. The environment in general has benefitted considerably and in 2019 the Bañado reserve was officially declared one of the Seven Natural Wonders of Argentina.

The joint efforts of provincial and national organisations together with private sector bodies involved gave rise to an efficient regulatory and administrative framework, which enabled local people to optimise benefits, while ensuring the sustainability of legal hunting.

Working and interacting with local people, as well as involving them in research and in project decision-making processes was an essential step in gaining their confidence and in enabling local communities to value and assume ownership of the programme.

Working with indigenous community leaders or with their designated representatives made it easier to reach agreement on shared activities, to ensure appropriate knowledge transfer within the community and to settle conflicts.

Supportive national policy/legislation on sustainable use of natural resources

It has proved impossible to build multi-stakeholder external partnerships in support of the programme, perhaps because insufficient time has been invested by the various parties. Failure to build such partnerships may also be due to the fact that local associations are solely interested in livestock-raising, and therefore have no interest in becoming involved with non-traditional pursuits.

As a result of local cultural traditions, it is difficult to bring certain indigenous groups together to form associations to focus on issues in which they are not directly involved. 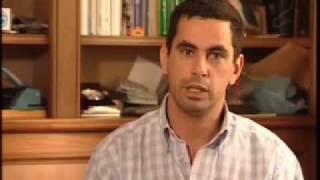 The management of Yellow Anacondas (Eunectes notaeus) in Argentina: From historical misuse to resource appreciation

The relevance of CBNRM for the conservation of the Yellow Anaconda (Eunectes notaeus, CITES Appendix II) in Argentina

Anaconda Conservation: A Reply to Rivas