In November 2017, Conservation International (CI) Suriname and an indigenous village called Alalapadu in southern Suriname signed a conservation agreement for the protection, conservation and sustainable use of the forest. The villagers are involved in monitoring illegal activities in the forest, and a project to generate income from Brazil nut trees has improved livelihoods.

A coalition of conservation organisations including Conservation International Suriname, the Worldwide Fund for Nature Guianas and the Amazon Conservation Team 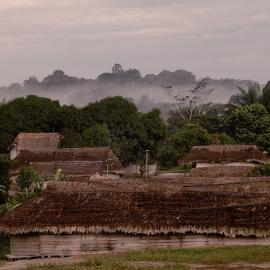 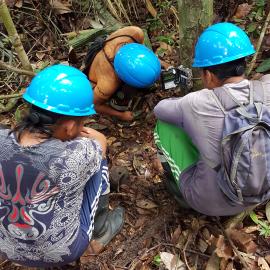 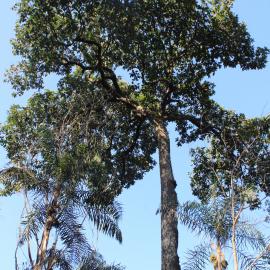 The agouti is illegally hunted in the Alalapadu area. There have also been reports of illegal trade and poaching of jaguars.

A conservation agreement between CI Suriname and Alalapadu, an indigenous village in southern Suriname was signed in November 2017 for the protection, conservation and sustainable use of the forest in order to bring economic development.

The Brazil nut tree is one of the key species protected by the agreement. A monitoring team from Alalapadu has been trained in monitoring the tree, as well as the forest in general. The team has also been trained in monitoring conservation actions identified by the village as important. These actions include several restrictions such as a ban on hunting agoutis in certain areas, a ban on wildlife trade for pets and a ban on gold mining activities. Each member of the monitoring team receives monthly payments for information and awareness raising movie nights have been held in the village.

The process to determine these actions was carried out in accordance with the traditions of the Trio culture of Alalapadu, with village members involved throughout the design of the agreement.

To generate income for the village, CI Suriname built a Brazil nut oil processing facility in Alalapadu. The oil produced from the nuts is sold to a nearby cosmetics producer and provides an incentive to the village to protect the trees and the forest in general.

In the first year over 60 people received direct benefits from Brazil nut facility. People from the village now have a sustainable income, meaning they are less dependent on outsiders. There has been a considerable drop in habitat loss because the village doesn’t allow gold mining or commercial timber concessions.

The chief of the village has been very involved and has pushed for sustainable development, streamlining project implementation. The movie nights created a sense of trust and engagement which led to the villagers being much more open and willing to work with CI.

Meetings were prepared and held with the involvement of the village to ensure the right messages were being discussed. This resulted in a better understanding of the project and more input from the village. To help build trust, CI Suriname also carried out house visits so that all villagers knew their input was important to the design of the conservation agreement.

Language barriers have been a challenge throughout, as Trio, the language spoken in Alalapadu, is very different to western languages and words often can’t be directly translated. 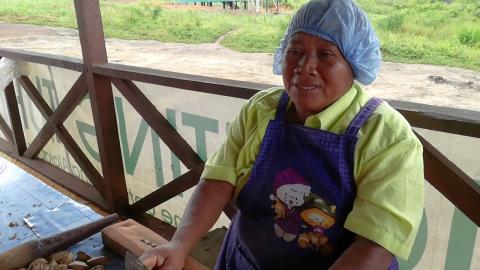